Possum Come A Knockin' At the Door

*disclaimer--no possums were hurt in the making of this post...

It's been happening more and more frequently this winter. Furry critters are hanging out with my hens.

The first visitor was a baby skunk sniffing around under the nest boxes. I didn't notice him (her?) until I had filled the waterer and feeders. When I turned to gather the eggs, we were both surprised. The puzzled skunk watched me back out slowly. The next morning, it was gone.

A week later, I reached towards a nest box to gather eggs and was surprised to find an American Opossum curled up, napping in the straw. I keep a small rake in the hen house, so I grabbed that and did my best to annoy the possum out of place.

The possum hissed and grinned so I could appreciate its fifty sharp teeth, but would not leave the cozy nest. I went to get a camera and when I returned the possum was gone.

It's been back in the henhouse twice since then. I've started leaving my mother-in-law's old cane there. It's perfect for hooking the possum and dragging it out. Today, after persuading O. Possum to leave, I went to the house and got my camera. My two beagles were barking up in the woods, so I walked up there and found the possum.

It was doing a great impression of road-kill. 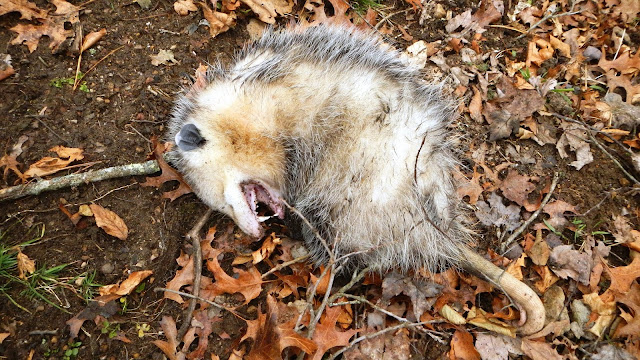 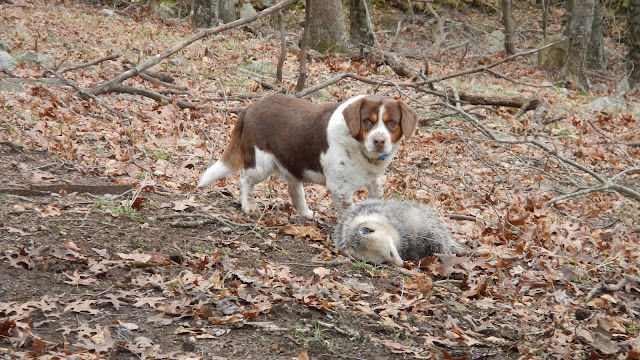 I called the dogs off and walked back down the mountain to lock them up.

Then I went back to where we'd left the possum. It had revived and was wandering away. I followed at a discreet distance until it stopped.  Possums sleep during the day and this one was feeling very nappish. 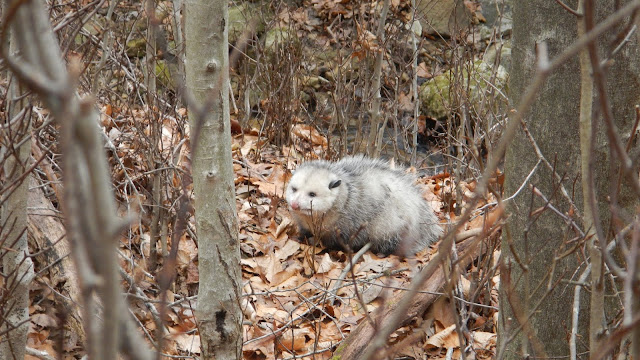 It yawned several times, then turned and burrowed into a leafy depression. 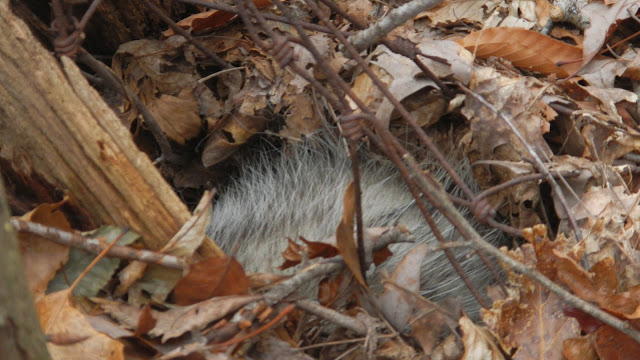 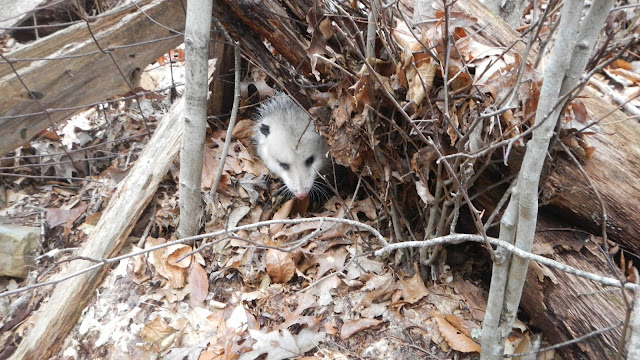 After a few more pictures, I stopped annoying the possum and left it to nap. 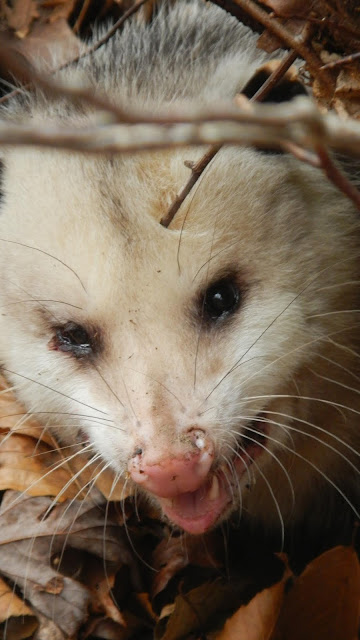 He is nestled above the stream, below the rhododendron, in the middle of the next picture. 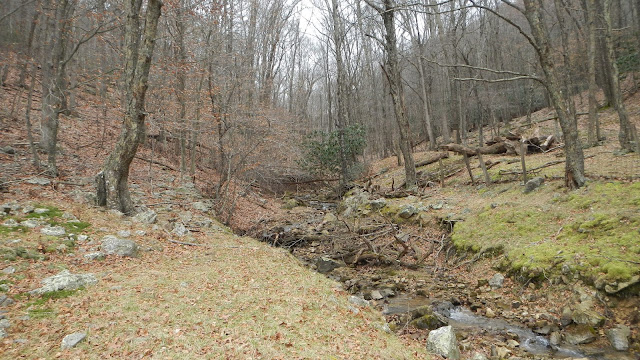 Looking in the other direction, I could see where he'd rather be. 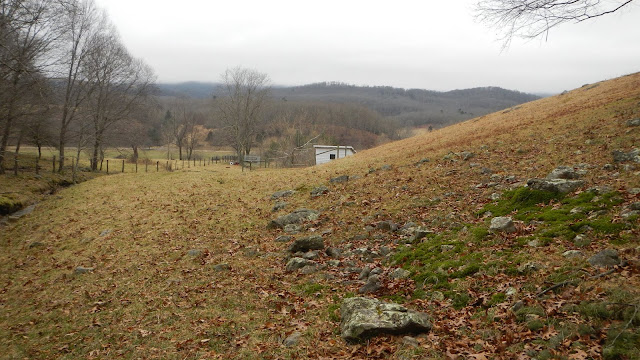 At this point in time, the possum only seems interested in a warm bed, but if it starts eating eggs or killing chickens, then I will be forced to take care of the problem. In that case, my next shots will not be with my camera. I hope it doesn't come to that.
Posted by Ginny Neil, The Singing Farmwife at 5:31 PM No comments: Links to this post