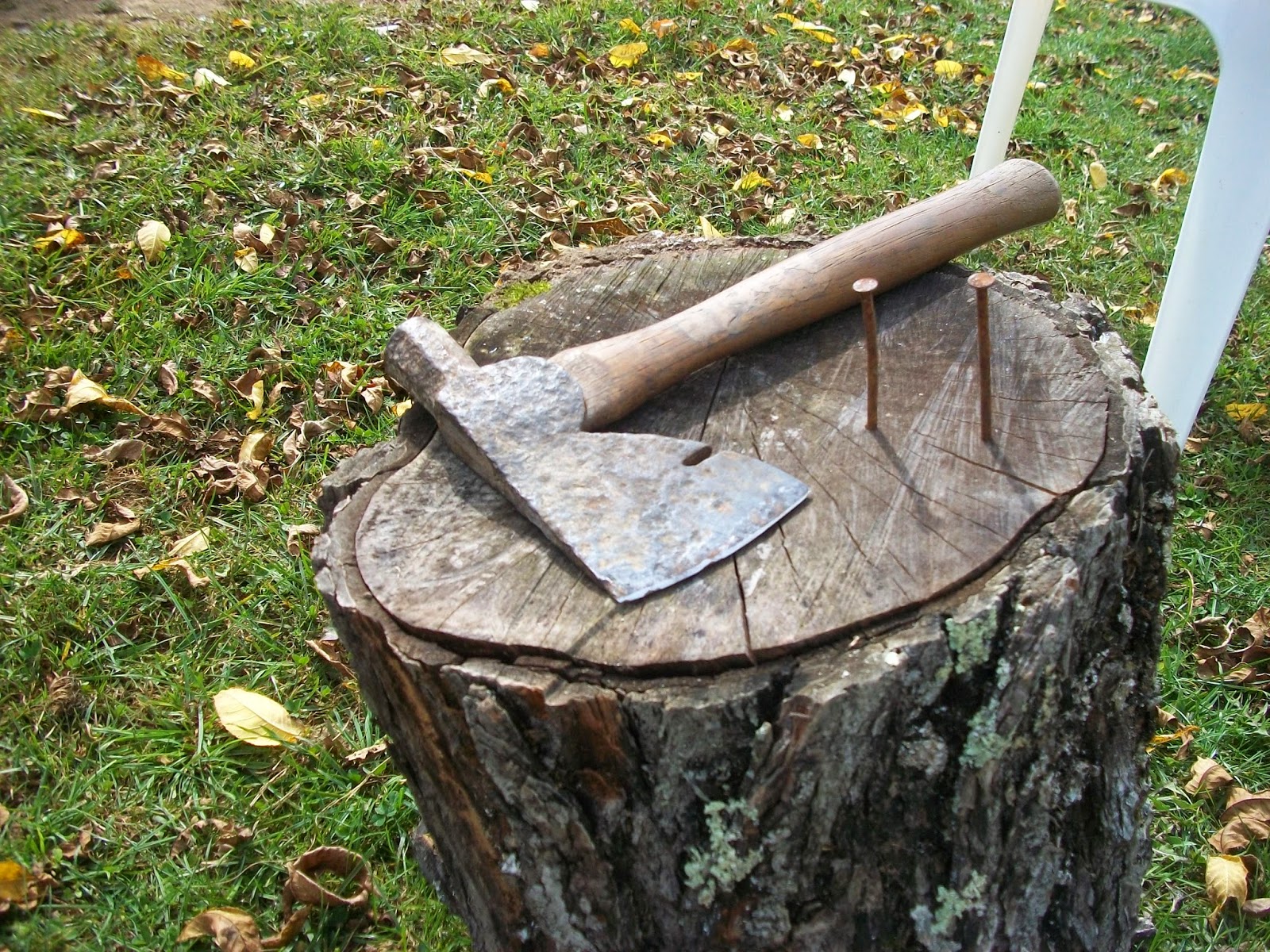 If someone had told me thirty years ago that I would one day kill a chicken and giggle while doing it, I would have scoffed.  Yesterday, Joe and I beheaded four of our roosters-who-should-have-been-hens.  I didn't think I could ever find any humor in death, but my husband looked so silly with specks of blood and feathers on his face that I did it.  I giggled.
Joe was kind enough to do the beheading while I boiled water over on the other side of the fence, so I guess I can’t claim to be a total farm girl, yet.  My father says his grandmother used to chase the chickens down, grab them up by their necks, give each neck a quick twirl, and bring the old girls in for the stewing.  Our process was a bit more complicated.
First, I read a book about how to butcher chickens.  Joe humored me in this, but thirty pages later I decided it might be easier to just listen to him.  He had, after all, done this before with his mother and had the chopping block and ax to prove it.  So, he gathered up four of our overdose of roosters and guided me through the process.
After head removal, the roosters were tossed into a bucket to bleed out.  They shuddered and shook as rigor-mortise set in, but my book assured me that this was the dance of the dead.  Then we dipped the carcasses in 160 degree water.  The feathers came off pretty easily and in forty minutes, we had four headless, featherless birds ready for phase two.
Phase two was to singe the long hairs off of the body.  Joe’s mom had always done this with a rolled up newspaper which she lit and passed over the bodies, but after almost setting the kitchen, the porch and the yard on fire, we decided to use a blow torch instead.    When the roosters were as slick-skinned as body-builders, they were dropped into the sink for phase three. 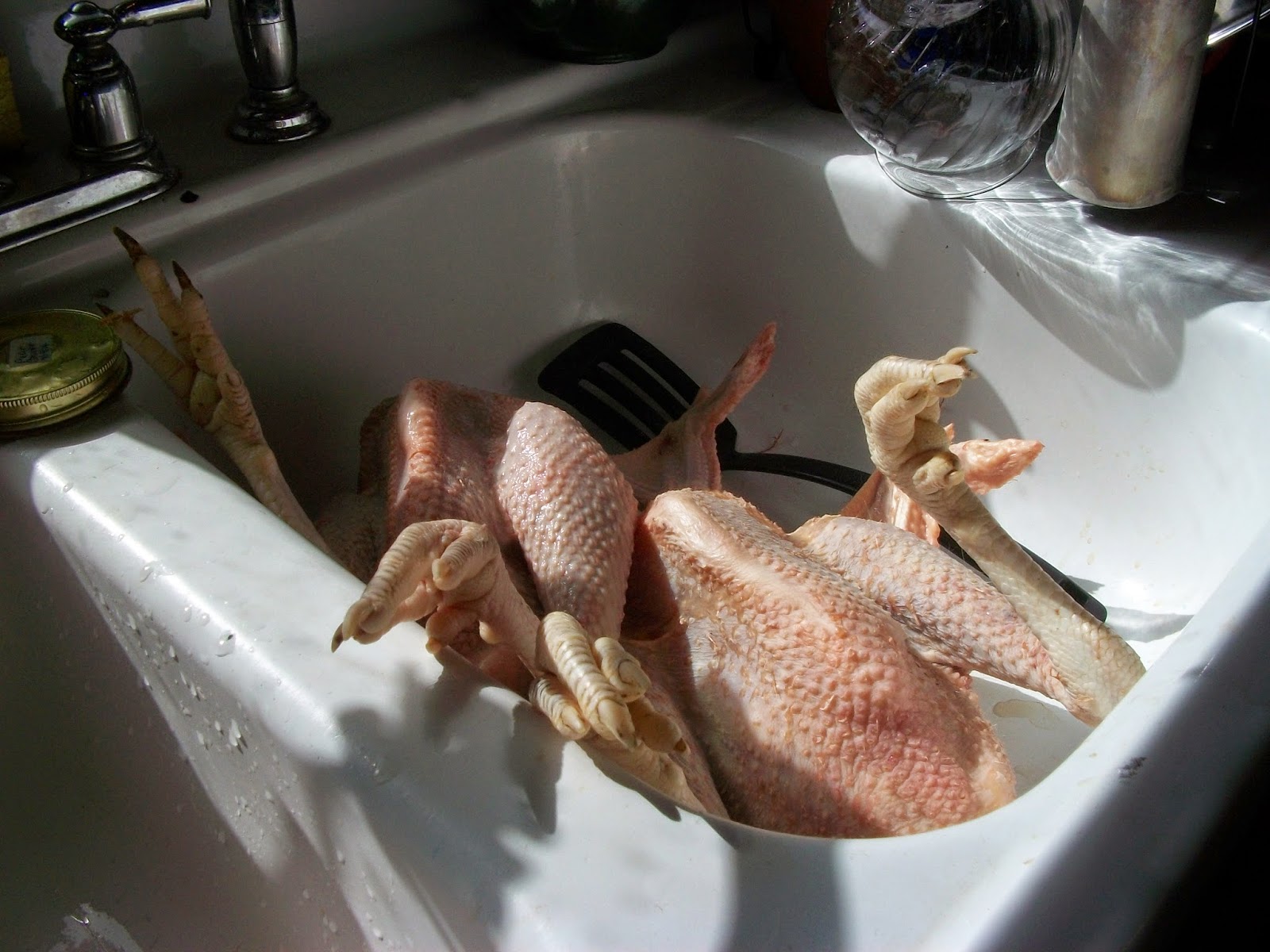 Phase three made me appreciate my underdeveloped sense of smell.  We made a slit in the skin around the crop and removed it, cut off the feet and then worked to carefully remove the intestines without any spillage into the body cavity.  We were mostly successful at this, but since Joe’s mom had always done the innard removal, we had to experiment a little and consult the book (which frustratingly had no pictures).  By the fourth bird, we had mostly figured it out.
The four boys, which at this point actually looked like store bought chickens only skinnier, were placed in water for a cold soak to remove the rest of the body heat.  Then they were placed in the fridge for storage and aging. 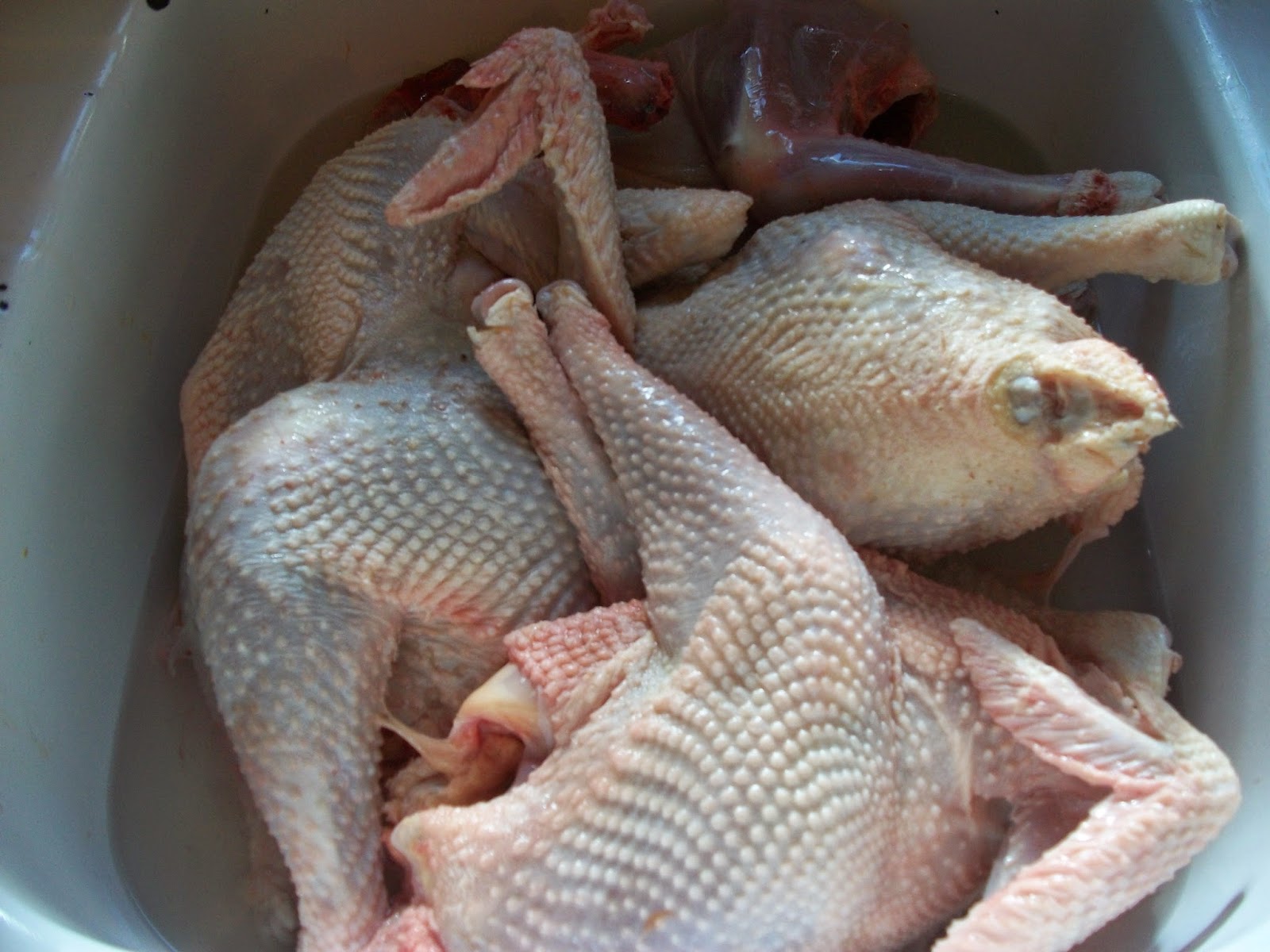 The final step was the easiest.  We watched a video on You-tube of Joel Salatin butchering.  He had lots of fancy equipment and completed four hens in ten minutes.  He recommended using a knife as little as possible, tearing the skin open instead, to save meat.  He said every ounce of meat was worth fifteen cents, which made his chickens worth $2.40 a pound.
Tonight we are having $4.80 worth of chicken fricassee.  But what we are really having is a farm-raised, free-range, antibiotic free, cleanly slaughtered supper.  That's worth more than any fat, overfed, cage-raised hen that money can buy. 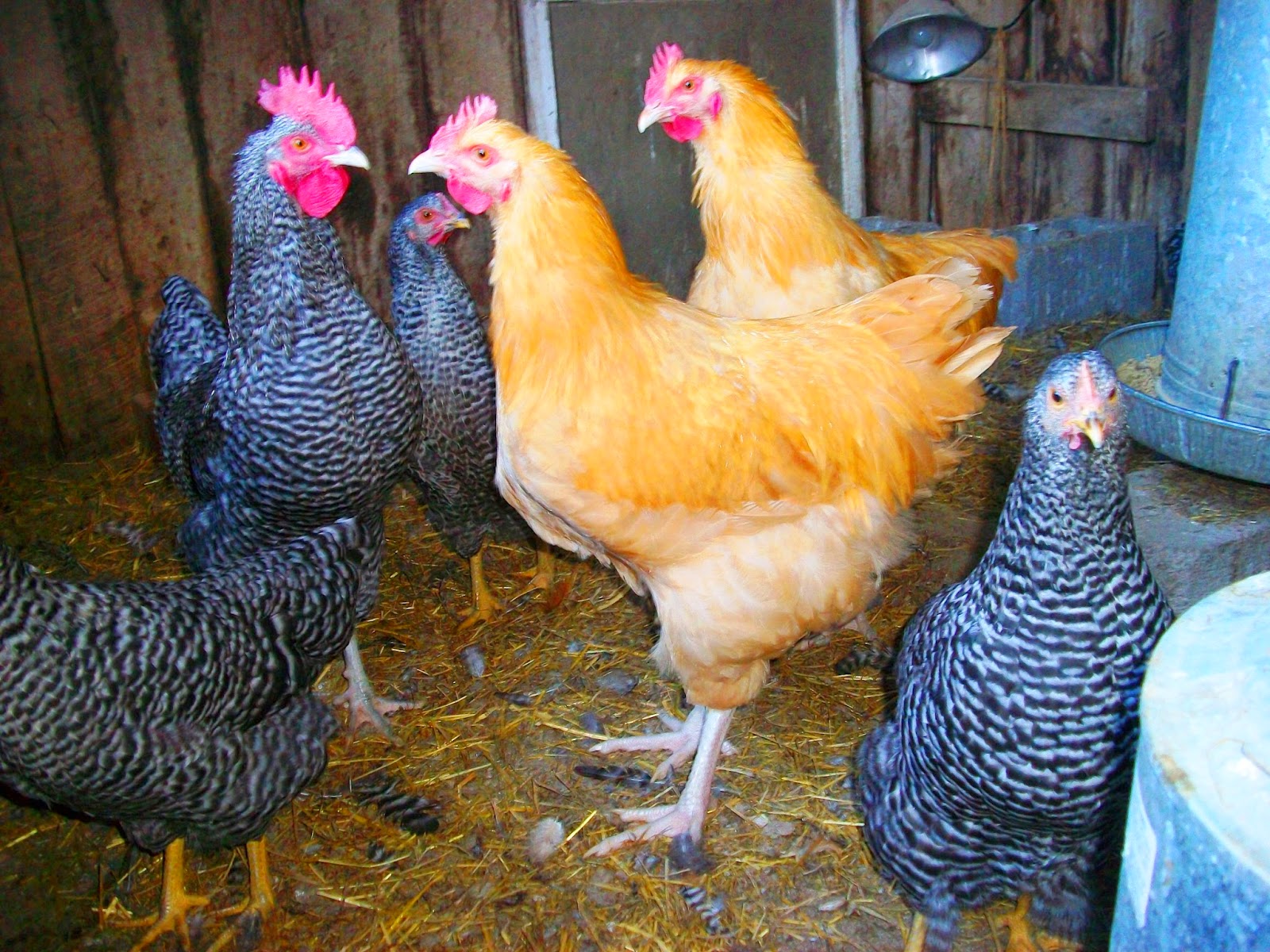 Posted by Ginny Neil, The Singing Farmwife at 8:14 AM No comments: Links to this post